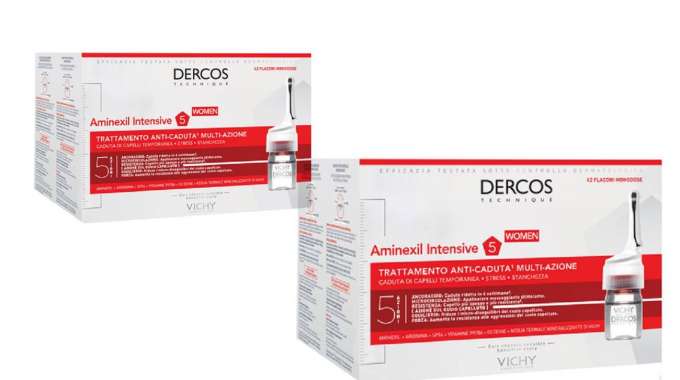 Amenixil is one of the latest innovations in the field of combating baldness, that is, normal hair loss.

It concerns a chemical molecule developed by the company “L’Oreal” that, according to studies, prevents fibrosis of hair follicles in hair.

The mechanism of action acts directly on hair roots, strengthening their ability to adhere to the scalp and promoting regrowth.

What are the results that are achieved?

The problem of alopecia is much discussed. While on the one hand more and more men, but also women, complain of hair loss with advancing age, with the onset of diseases, with the use of drugs but also only after a shower, on the other handthere are nowadays several possible solutions to hair thickening.

One of these involves the molecule Amenixil, a substance introduced to combat hair loss and stimulate growth.

The product is very similar to Minoxidil, another active ingredient frequently used to combat thinning hair and androgenetic alopecia.

In fact, Amenixil also acts as a vasodilator. As a result, it allows blood vessels to widen, giving more nourishment to hair follicles.

To use Amenixil, you must have clean scalp. Therefore, the best situation to use it is during a shower, after washing the hair with shampoo and conditioner.

In what formats it is found

Let’s talk about a product not yet marketed on a large scale. Despite this, you can buy the formula in two formats: phial or serum topical.

In both cases, for proper application of the molecule it is recommended tomassage the scalp gently for a few minutes.

Does it work against alopecia?

According to the manufacturer’s report, Amenixil is to be considered as aproduct to treat hair loss..

However, very few products containing this molecule are marketed today. The reason is the absence of certified approval by regulatory bodies, such as the US FDA.

The comparison between Amenixil and Minoxidil

The two products are very similar chemically, both in terms of molecule structure and the effects they bring. In fact, both are vasodilators. On the one hand, however, Amenixil acts directly on the roots of the hair and helps strengthen its structure and fibers, preventing hair loss.

At the same time, the substance promoted by L’Oreal does not show any particular side effects..

On the contrary, Minoxidil works by opening potassium channels, which facilitates hair growth, but does not act directly on hair structure. To this must be added that the use of Minoxidil can lead to side effects such as dermatitis, redness, itching and more.

Doing the sums, L’Oreal’s new product would seem to be better than the Minoxidil solution. The latter, however, unlike Amenixil, is a product that has been known for a long time and is officially approved by the FDA as a baldness treatment, making it more widespread, more marketed, and more widely used.

If you suffer from symptoms of hair loss, it is recommended that you be seen by an experienced physician to evaluate all possible alternatives. In addition to Minoxidil, other alternatives could in fact be PRP, finasteride or hair transplant.