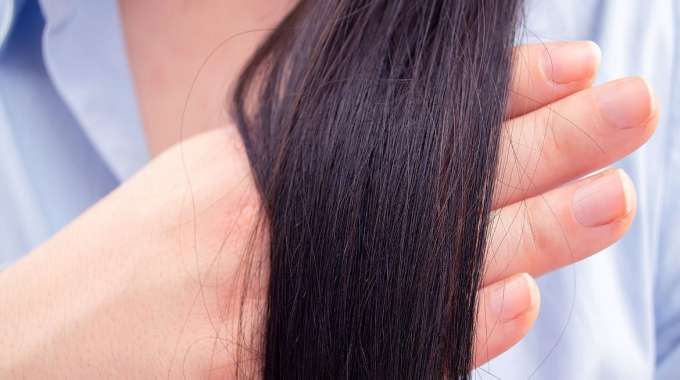 Nothing can make you lose self-esteem in yourself like losing your hair. Women’s quality of life can be seriously compromised by the psychological consequences of thinning or hair loss.

Baldness can be due to several factors, including genetics and diet. However, many of the causes of baldness have one thing in common: inflammation.

Can inflammation really cause hair loss? The answer is yes. In general, an inflammation occurs when the body has to fight off the presence of foreign organisms. In some cases, however, the body’s immune system interprets the cells or organs of the female body as foreign bodies and therefore begins to fight them off. This happens, for example, with hair follicles. When these are mistakenly identified as intrusive elements, the immune system destroys them. The result of this process is a condition known as alopecia or hair loss due to inflammation. As long as this condition persists, the scalp is continually damaged by the immune system and, as a result, the hair roots are unable to get adequate nutrition. This is the connecting element between inflammation and hair loss. A scalp damaged by inflammation will cause a burning sensation and will have small red, itchy patches. In addition, flaking or other skin irritation may occur.

Symptoms of hair loss due to inflammation

The most telling symptom regarding the presence of inflammation is fever. This is usually due to increased blood flow to the inflamed area of the body. Other symptoms of inflammation include:

Bloating – due to fluid accumulation at the inflamed site;
Redness – caused by increased blood flow to the inflamed area;
Pain – due to the release of chemicals that stimulate nerve endings;
Loss of function– in the inflamed area;
Digestion problems,such as constipation and diarrhea;
Bloating under-eye circles or diffuse swelling on the face;
Fogginess and depression;
Prolonged fatigue,as cells do not produce enough energy. Inflammation and chronic fatigue go hand in hand.

However, there is another aspect to take into account, annoying as it is: inflammation can occur even without any of these signs.

We talk about chronic inflammation when the body tries to heal damaged tissues, but, at the same time, the damage continues to occur on a regular basis. This is a state that is not temporary. Symptoms of this condition are:

What is the cause of inflammation that causes hair loss in women?

Since inflammation and hair loss are two closely related phenomena, it is necessary to act against the former in order to bring benefits to the latter. In order to do this, you need to know the causes of inflammation.

One of the main causes is the action of viruses, low-grade bacteria and fungus in the bloodstream or organs. One type of bacteria particularly known to cause inflammation is called H pylori. In addition to inflammation, this bacterium also causes ulcers. It is estimated that about half of adults over the age of 40 have this bacteria in their intestines. This leads to a reaction of the body, which tries to fight it, but it also causes other damage to the body.

In some cases, the immune system kicks into action simply because there is a balance of bacteria and fungi in the gut. In these cases, no obvious symptoms will appear. Such imbalances can be resolved with a good diet, a colostrum supplement or high-quality probiotics.

Allergic reactions also cause inflammation in the body. The allergic reaction causes an overload of work for the immune system and forces it to find the allergen. The tricky aspect of allergies is that they can develop and change over time. You can go from eating omelets every morning to being allergic to eggs. Because of this, you can never be too sure that you don’t have an allergy problem. The fact that this issue has never occurred is no guarantee that it will never occur.

In addition, women who are under a lot of stress – whether physical, psychological or emotional – have a higher chance of developing inflammation. This happens because stress increases the production of cortisol, a hormone that starts a chain of negative reactions in the body.

Another possible cause of inflammation aretoxins in the air, water or metals such as mercury and chlorine. These toxins should also be avoided because they can cause numerous other health problems. The best way to reduce exposure to these toxins is to eat well. Another tip is to add a reverse osmosis system to the water sources in your home.

A sedentary and unhealthy lifestyle can also cause inflammation. It’s important to embrace an active lifestyle and get enough sleep each night. Eating a balanced diet and drinking plenty of water also help prevent inflammation.

Apoor diet is another possible cause of inflammation. This is why you should eat plenty of fruits and vegetables. Some foods that can help counteract the appearance of inflammation are broccoli, hemp oil, fermented foods and drinks, onions, garlic, pineapple, spinach, sour cherries and spices such as ginger and turmeric.

In general, a multi-pronged approach should be followed to combat inflammation that seeks to keep all of these risk factors in check.

What can women do to reduce scalp inflammation?

The best thing is to consider the problem from its earliest signs, that is, from the first thinning of the hair. Of course, there are also preventive measures that you can take even before the hair loss occurs.

First of all, you must eliminate sources of stress. Then, you need to eliminate exposure to toxins, clean up your diet, keep H pylori under control, and finally, cure yourself.

There are a number of topical treatments for inflamed scalp, but it is best that women consult their doctor before beginning to undergo any of these.

A highly recommended treatment is Minoxidil, as well as all natural anti-DHT. Most of these treatments will be able to reduce the severity of the condition, but not necessarily eliminate it altogether. That’s not very reassuring, but on the other hand, we’re talking about a problem that is never totally cured and lasts a lifetime.

Another help is given by integrators.

It is also recommended to take even more specific collagen supplements.

Finally, some laser technologies have been developed in recent years that promise to stimulate hair production in follicles. You may therefore choose to invest in this direction by purchasing specific helmets or combs for laser therapy.

In addition to all this, one must try to follow a healthy and stress-free lifestyle, so as to eliminate the main culprits of hair loss.

Summary: there is hope for female hair loss, even if it is caused by chronic inflammation.

Going back to the original question, yes, inflammation causes hair loss because it deprives the hair roots of nutrients and weakens the hair follicles. This all leads to thinning and subsequent baldness. As a result, self-esteem and confidence can also be lost. The aim of an inflammation is to eliminate foreign elements from the body, but sometimes it tends to cause unpleasant counter-effects by picking on the hair follicles on the scalp, for example, which are not foreign elements at all!

In order to avoid all this, we should try to follow a healthy lifestyle and avoid the elements that cause inflammation: the accumulation of bad bacteria in the intestine, stress, allergic reactions etc.

It doesn’t make sense to try to address all of these at once. It makes more sense to start working on one of them, such as diet, and then address the others, such as stress, one at a time. After that, you can proceed to incorporate an anti-baldness treatment into your routine.

It is possible to gradually address the problem of hair loss due to inflammation with small choices that, little by little, can bring about big changes in the health of both the body and the hair.