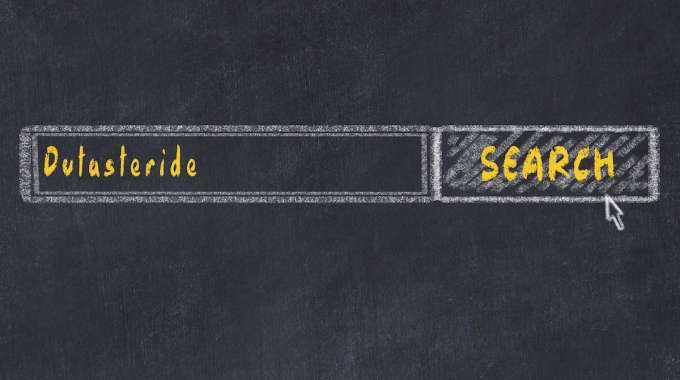 Dutasteride is a powerful inhibitor of the enzyme that converts testosterone to dihydrotestosterone (DHT), the hormone primarily responsible for hair loss in men1.

In Italy dutasteride is sold under the name of Avodart or Duagen and can be purchased in any pharmacy with a doctor’s prescription. Packages of the drug typically contain 30 0.5-gram soft capsules and last for 1 month, but a topical version is also available.

After how long does dutasteride take effect

A study published in “The Journal of Clinical Endocrinology & Metabolism” in 2004 tested on a population of about 400 people the use of dutasteride at different dosages2.

In addition, the post-treatment course is much longer than with finasteride: following treatment with dosages above 2.5 mg per day, after 16 weeks the DHT level is still 90% lower than pre-care levels.

In the case of the recommended concentration of 0.5 mg per day, after 4 months the level of DHT hormone is 20% lower than at the beginning.

Studies show that the drug in question is much more potent than finasteride and that the body disposes of dutasteride slowly after treatment.

If the effects of decrease of DHT are already there at one month after the beginning of the treatment, to see the effects on the skin can take up to 6 months.

Obviously, dutasteride does not allow hair regrowth in thinning areas and is a temporary solution. The final solution that allows regrowth in hairless areas still remains the hair transplant.

How does the drug work chemically

The 5AR enzyme is important because it is the responsible of the conversion of testosterone into DHT that in high concentrations can cause BPH and also hair loss through a process of miniaturization of hair follicles. The decrease in DHT stops hair loss, and in some cases can promote hair regrowth in areas that are not completely hairless.

Dose and method of administration

The recommended daily dose of the medication is 0.5 mg, which corresponds to one capsule. The capsule should be taken in the morning, should not be chewed and should be accompanied with water.

The most important thing is to be patient and to follow the dosage recommended by the doctor. In case of forgetting a pill, one should not take an extra capsule to make up for it, and in case of taking more than one capsule per day, one should contact the doctor in charge.

A topical solution is also available on the market, which some say would allow for the same pros as the capsules but without the side effects.

The most common side effects from the use of dutasteride are:

Side effects may be exacerbated by the use of dutasteride along with other medications such as verapamil (for hypertension), ritonavir (for HIV), and nefazodone (antidepressant).

Taking the drug is approved by the FDA and EMA exclusively for the treatment of BPH. Therefore, it is necessary to contact a doctor before starting treatment for androgenetic alopecia.

The doctor will make sure that the patient:

The active ingredient in dutasteride would also be found in male seminal fluid. As a result, the use of condom is recommended in order to prevent a partner any contact with it.

The use of the drug also affects the concentration of prostate-specific antigen, or PSA, which is used to detect the presence of prostate cancer.

Dutasteride inhibits both isoforms 1 and 2 of the 5AR enzyme, which decreases levels of DHT, the hormone which is most responsible for hair follicle miniaturization and hair loss.

The drug has similar properties to finasteride, but has much stronger effects even with much lower concentrations.

The effects of decreasing DHT levels are verifiable starting from the fourth week after the beginning of the treatment, but it may be necessary to wait up to 6 months to have a visual feedback on the hair.

The administration is usually through soft capsules containing 0.5 mg of dutasteride, although there is a topical solution that could reduce the side effects of the drug.

The post-treatment phase is characterized by a slow disposal of the drug by the body according to the concentration taken: in the case of 0.5 mg per day, after 16 weeks from the end of the treatment DHT levels are still 20% lower than the pre-care levels.

The most common side effects concern problems in the sexual sphere (difficulty in ejaculation, less libido), in the psychological sphere (anxiety, depression, dizziness) and in the physical sphere (allergic reactions, hives, hirsutism).

The use of the drug is not recommended for pregnant or breastfeeding women, and should not be taken by those suffering from liver disease.

Finally, dutasteride can be interpreted as a temporary solution to androgenetic alopecia for non-glabrous areas, and does not replace the permanent solution of hair transplantation.