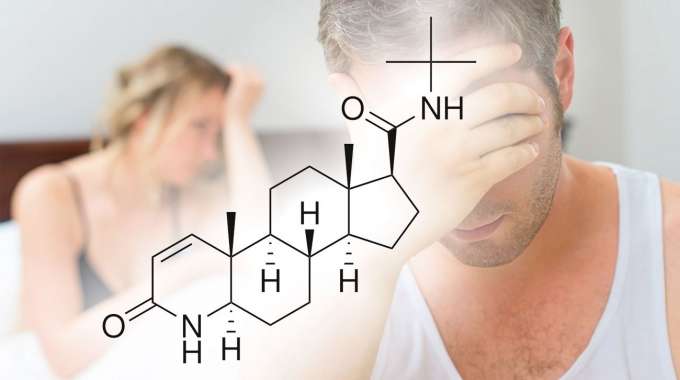 When initiating medical therapy, one of the aspects to pay most attention to is that of side effects. Indeed, while for some treatments the onset is limited to sporadic and imperceptible reactions, in others side effects can have a significant impact.

In the case of finasteride, an active ingredient recommended especially for those suffering from androgenetic alopecia,the consequences vary greatly. They range from temporary psychological effects such as fatigue and depression to permanent physical changes such as erectile dysfunction and premature ejaculation.

But what are all the side effects of finasteride?

The name “finasteride” refers to a chemical from the 4-azasteroid family administered to inhibit the action of the enzyme 5α-reductase, or 5AR. Specifically, finasteride limits the action of testosterone-converting isoform 2 to dihydrotestosterone. The latter, also known in the literature by the acronym DHT, when present in large amounts has deleterious effects on our bodies.

First, it affects the hair growth mechanism, which starts from the bulb present under the skin. The DHT creates bonds with the androgen receptors in the hair bulbs, bonds that lead to a cessation of growth and subsequent permanent hair loss. In this sense, DHT promotes the mechanism for the development of androgenetic alopecia, a form of calvariety that affects men and women around the world.

Another side effect of dihydrotestosterone overpresence is the influence it has on the prostate, which can become enlarged and create problems related to urination.

Finasteride is taken orally through medications such as Propecia that can be purchased either in pharmacies or online.

Finasteride has side effects

Any medical therapy based on finasteride should be recommended and supervised by a physician. In fact, the use of the active ingredient in question may result in the occurrence of side effects. These fall into two broad categories: temporary ones and potentially permanent ones.

A study published in 1993 dealt with the characterization of the active ingredient in the treatment of patients with androgenetic alopecia. Specifically, bioavailability and half-life due to the intake of standard concentrations were evaluated.

At the same time, themost common side effects on a group of patients during treatment were evaluated. Those concerning the sexual sphere were decreased ejaculate volume, decreased sexual desire and a reduction in penis volume. In addition to these, some patients experienced erectile dysfunction and testicular pain.

As for “non-sexual” symptoms, they include mood change, the appearance of signs related to depression, and even symptoms of dizziness.

In most cases,the symptoms related to side effects are temporary and contextual to the use of the drug. In some cases, however, it is possible that there is a permanence of these effects even after the cessation of treatment. When one is in this situation, it is referred to as “post-finasteride syndrome.”

Post-finasteride syndrome, explored in depth in a a 2014 scientific study, mainly affects young men in good health. The most prominent symptoms of this condition are erectile dysfunction and reduced libido.

Contraindications to the use of prostamol

Before embarking on medical therapy or taking a medication. it is important to know the…

Fighting baldness with minoxidil: does it work?

Does the use of minoxidil work to combat hair loss?This is one of the most…

Cyproterone acetate is a novelty in terms of hair loss treatment. The active ingredient acts…