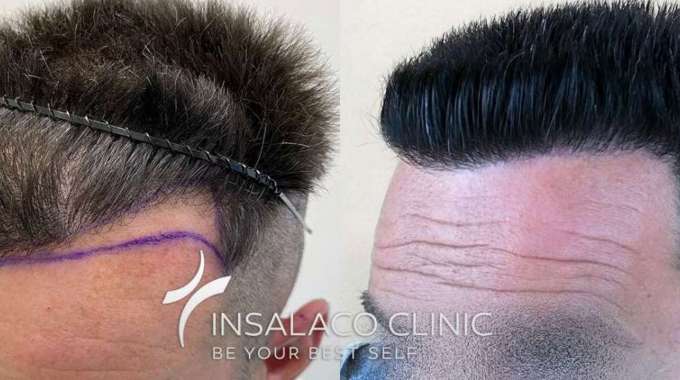 The hairline, in English hairline, is the first noticeable part of a person’s hairstyle. The characteristics of each hairline depend on a number of factors including heredity, age, and lifestyle.

In some cases, the hairline may recede, for example due to hair loss, and in these cases it is referred to as hairline.

There are treatments that can prevent or even cure hairline.

Each of us has our own, unique one. It is a function of age, genetic makeup and even our daily habits. Above all, however, there are characteristic types for women and men.

One of the main hairlines in women is the “low” hairline. In these cases, the forehead space between eyebrows and hairline is very limited.

In contrast, a medium hairline is the condition in which the forehead occupies a space in the normal range. In the case where it is too high, it may be due to either genetic factors or a form of hair loss.

It is the classic “V-shaped” hairline of women that generally occurs as an inherited characteristic. In some cases it may appear over time, for example when suffering from frontonasal dysplasia.

It has the opposite characteristic to widow’s peak, with thecentral point of the frontal hairline being the most arched than the sides.

There are also other types of female hairlines such as linear, ovals and asymmetrical.

With regard to men , the main hairlines are the low, the medium and the “hairline ribelle” hairlines. In this case there is the formation of small “swirls” of hair growing in different directions than the surrounding hair.

In both male and female cases, the hairline can recede over a lifetime. The main causes include:

There are some ways to prevent and treat hairline receding. It is essential to care for the hair with proper nutrition, a healthy lifestyle, caring for it with the right products and limiting beauty treatments.

In the event that backcombing occurs, there are medical therapies such as finasteride, minoxidil or even PRP.

There is also the option of a hair transplant to redefine the hairline as desired.

Dihydrotestosterone: the effects on the body

Dihydrotestosterone is a molecule that plays a very important role in our bodies. Known as…

The hair follicle is the basic structure surrounding the hair root. Its major components, including…