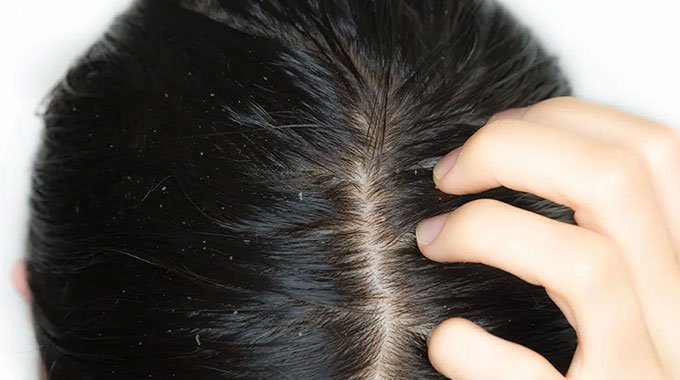 The pruritus in the head is a skin sensation of the scalp that can depend on several triggering factors.

Widespread throughout the male and female population, among the main causes of the symptom we find in particular seborrheic dermatitis, psoriasis, desquamation, but also sunburn and hives.

The phenomenon can also depend on excessive daily stress and especially on insufficient hygiene.

The appearance of symptoms associated with itching in children is often because of a transitory phase, but it can be the alarm bell linked to a particularly important physical or psychological condition.

The presence of scabs on the head is frequently accompanied by dandruff, skin redness and itching; if not treated properly, it can develop into more serious forms.

Among other tips, use hygiene products that are not too aggressive and limit the use of allergens.

The pharmacological treatment, to be carried out under the guidance of a doctor, involves products with anti-fungal and anti-seborrheic action, up to anti-inflammatory and immunodepressant in the most severe cases.

There are many causes1 that can trigger the phenomenon of itching in the head.

The main ones are:

This chronic disease is characterized by the presence of inflamed and flaky skin areas where the skin. Although it is usually treated by phototherapy, psoriasis in the scalp is nowadays treated by medication. It is necessary to see a specialist, such as a trichologist, to deal in the best way with the disease.

This condition is evidenced by the presence of whitish scales of skin found on the scalp and in the hair. In order to contrast dandruff, the first step is to wash hair regularly using specific cleansing products containing zinc and preferably not using gels or hairsprays. There are also more decisive treatments based on substances containing the active ingredient of Ketoconazole, but these must be prescribed by the treating doctor.

This condition is characterized by the appearance of erosions, ingrown hairs or pustules in the scalp due to the presence of an ongoing infectious process in the hair follicle. Folliculitis can be bacterial and arise after an alteration of the cutaneous bacterial balance, for example in shaving. There are also mycetic folliculitis, caused by fungi present in crowded places such as gyms or swimming pools, and viral folliculitis, which starts as an infection at the lip level but then passes to the nearby hair follicles. Although you can primarily treat folliculitis with zinc creams or cleansers, the first thing to do is asking for a physician recommendation regarding a possible drug treatment.

The appearance of oily hair stems from a problem with sebum, a substance created by the sebaceous glands in the hair follicle that helps to moisturize the skin and lubricate the hair shaft. The excessive presence of sebum causes itchy head accompanied by oily skin and unpleasant smell. Among the causes of oily hair are post-stress imbalances and alteration in hormonal values.

The use of skin oxygenants and specific cleansers can normalize sebum levels and purify the skin.

Lice, small millimeter ectoparasitic insects, are organisms that live in symbiosis with their host organism, in contact with the outside world. The Pediculus Hamanus Capitis, or head louse, may be on top of the possible causes of itchy head. Lice feeding on blood give rise to an inflammation that leads to dermatitis and severe itching of the scalp.

In order to detect the presence of lice, it is enough to look for the eggs that are easily found by exploring in the hair.

Lice infestation, or pediculosis, is much more frequent in children than in adults and can result from poor personal hygiene. Hiding in the hair, lice are much more common in girls with long hair.

If treated with specific medications, pediculosis vanishes leading to the disappearance of the insects and related symptoms.

Having scabs on the head can be a symptom or consequence of a condition, most often associated with itching, which is dermatitis.

Seborrheic dermatitis is a skin disease that leads to the formation of yellow, greasy scabs on the scalp, a symptom of skin irritation. It is associated with a fungus and if not treated with antiseborrheic substance or corticosteroids can cause alopecia.

The atopic dermatitis is a chronic pathology that manifests itself with skin dryness, redness, appearance of scabs and itching. It is treated with emollients, anti-inflammatories and antihistamines.

Another case of dermatitis that can lead to scabs and itching is contact dermatitis, which appears when an allergic contact reaction causes skin inflammation. It also is treated with antihistamines and corticosteroids.

In the previous sections, general remedies to some conditions related to itching of the scalp have been addressed.

Although the advice of an expert is essential, it is advisable to adopt a diet that can strengthen the scalp and promote its natural growth, fixing among other things the problems of itching.

The basic components of the diet include iron, vitamins, zinc, methionine and amino acids.

Taking care of your hair on a daily basis helps to contrast itchy hair: the basis of the remedies are using gentle shampoos, maintaining hygiene by cleansing your hair very often.

Head itching is an annoying condition caused by physical and chemical stimuli resulting from several potential causes. The main ones include scalp psoriasis, which leads to scaling and inflammation, dandruff, characterized by skin erosions accompanied by ingrown hairs and pustules, and folliculitis, caused by bacteria or fungus.

Oily hair due to hormonal imbalances or excessive stress can lead to itchy hair.

Head lice can be the cause of itching on the head, especially in children with long hair, accompanied by little hygiene.

Dermatitis, which manifests as irritation, redness and scabs, can be a condition associated with itchy head.

Among the remedies for itchy head, an important role is played by the diet, which strengthens the hair and promotes its natural growth.

Hygiene and the use of non-aggressive detergents are the basis of hair care to avoid itching and problems associated with it.

Brittle hair: what you need to know

It is often the case, especially for women, that their hair are fragile, weak and…

One of the most popular products against hair loss is Rogaine. It’s a serum containing…

Scalp desquamation: how to treat it