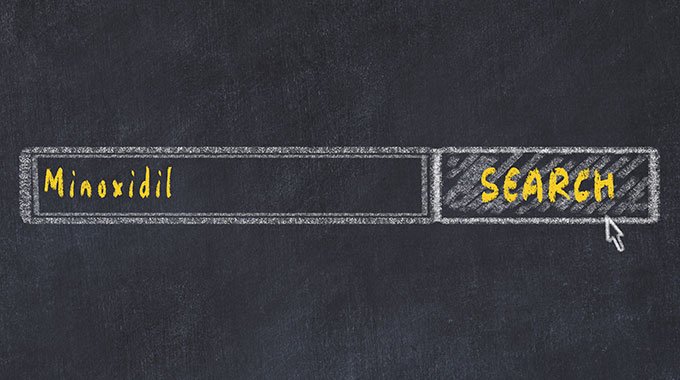 The minoxidil is a drug with vasodilator properties administered for the treatment of androgenetic alopecia, the common baldness.

The drug was initially used as antihypertensive, i.e. to reduce blood pressure and it was sold under the name of Loniten. Starting in the 1980s, it was demonstrated that the use of minoxidil could promote hair regrowth. Today, the topical version of the drug is approved by the FDA to treat both male and female2 baldness.

The active ingredient in minoxidil causes an opening of potassium channels1, prolonging hair regrowth in their anagen phase.

Minoxidil is available in different concentrations. How to choose the most suitable one?

Minoxidil is available in different concentrations on the market, from 1% to 15%, and in Italy the most common are 2% and 5%. How can we decide what percentage of the drug should be used?

A3 study from 2002 published in the “Journal of the American Academy of Dermatology” compared a population of 393 men with androgenetic alopecia who took topical minoxidil at 2% or 5% or placebos. After 48 weeks of therapy, the 5% group showed significantly better results than other two groups: 45% more hair regrowth and scalp thickening as well as a faster response to the drug. The 5% group also demonstrated a psychological improvement in the perception of hair loss but suffered from greater onset of local itching and irritation. Both concentrations were shown to be tolerated by the body with no marked side effects.

A 2004 study published in the Journal of the American Academy of Dermatology set out to compare the effects of 5% minoxidil in a population of women by comparing with the effects of the 2% solution. In the study, in which 381 women with alopecia participated, 153 used minoxidil 5%, 154 used minoxidil 2% and 74 used placebo.

Following the 48-week therapy, results showed that the 5% group had a greater increases in hair growth and scalp thickening than the others.

As well as for men the drug was tolerated by the body of women with no marked side effects.

The most common side effects to minoxidil 5% include those related to lowering blood pressure such as:

But also those related to the skin:

These effects are clearly more pronounced in comparison to less concentrated minoxidil solutions and that an overdose of the drug could occur if an injured skin area is treated with the drug, for example following a sunburn.

As reported in studies3,4, it is generally necessary to keep on with the treatment for a period of at least 6 months to see the first results. Crucial remains the constancy, especially following the initial induced fallout phase that occurs when the drug actually begins to modify follicular cycles.

In 2018, the maximum concentration of the drug in Italy was raised from 2% to 5%, so today the 5% drug is available in pharmacies and does not require any medical prescription.

However, in case you want to discontinue the 5% minoxidil therapy, it is always recommended to consult your doctor.

Several industrial solutions of the drug are commercially available:

Foam: the minoxidil 5% usead as a foam is generally preferred to the lotion because its use is more convenient for shaved people and because it does not represent a carrier of glycol, which sometimes is not tolerated in percentages above 50% and can lead to irritation and desquamation.

Glycolic lotion: this solution is preferred instead of foam to those who have unshaven hair with a certain density.

Foam and glycoalcoholic lotion can be replaced by a galenic minoxidil in which it is possible to lower the concentration of glycol or to eliminate it.

Among the other advantages of galenic solution over industrial solution there are:

Possibility to reduce the number of daily applications since their composition is personalized.

Possibility of limiting the effects of dehydrotestosterone by associating topical antiandrogens such as estrone, ethinylestradiol or progesterone. Lower price.

Disadvantages of galenic minoxidil include:

More precipitation phenomena due to the absence of glycol.

Their shelf life is shorter due to the absence of propylene glycol, which solubilizes and preserves the products even for months.

Minoxidil 5% is administered nowadays to those who suffer from baldness problems.

Although it was introduced to treat hypertension, the drug is now approved by the FDA and is available in Italian pharmacies without prescription even in the 5% concentration.

Its active ingredient acts by opening the potassium channels that prolong the anagen phase of the hair, allowing for greater growth.

The drug has proved functional and effective in studies carried out on both men and women and has shown substantial improvements in terms of hair regrowth and thickening of the scalp.

The intake of minoxidil 5% can be done through industrial solutions such as foams or lotions, but other galenic solutions are available, customized on the basis of intolerance to propylene glycol, which can limit the effects of DHT and reduce the number of applications.