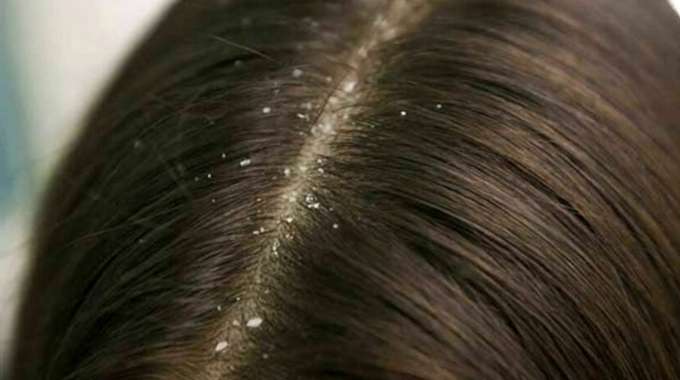 Scaling of the skin is a very annoying condition that can turn out like a symptom of an ongoing disease. In case it affects the scalp, the problem is generally associated with diseases such as psoriasis or seborrheic dermatitis.

Among the most indicated treatments for this condition is the application of specific shampoos against fungal shedding and the maintenance of hygiene.

In medical terms, desquamation refers to the elimination or loss of the outermost layer of the skin, resulting in the formation of scales. From the biological point of view, the process is constantly evolving, and the small scales of skin keep detaching.

When the phenomenon increases in intensity, it does not go unnoticed. Especially, if the affected area is the scalp, which causes accumulation of skin scales on the hair and clothes.

When it affects the scalp

This part of the body is among the most frequently affected by flaking. The symptoms that predict the impending onset of dermal flaking are itching, redness and even skin burning..

There are mainly two causes that evoke this condition. The first is a condition known as scalp psoriasis. It is an autoimmune disease that leads to the formation of round red areas on which white scales lie. This is a very unattractive condition that, in addition to affecting the scalp, often shows up on the nails, elbows and knees.

The second frequent cause of scalp flaking is  seborrheic dermatitis. The latter is a condition of skin inflammation caused by an excess of sebum, a substance released by glands to moisturize and protect the skin. In case of seborrheic dermatitis, an excessive sebum secretion is itself due to a a lot of conditions such as hormonal disruption, the presence of fungal infections such as “Malessezia” or genetic predisposition.

When you suffer from scalp desquamation, a check up by a dermatologist is useful to thoroughly analyze your condition and find the most suitable treatment.

Among the most recommended treatments we could use  sebum-regulating and anti-dandruff shampoos and conditioners. Sometimes it can also be recommended the use of shampoo-balm that help the action of the shampoo with the nutrients present in the conditioner. All these products are intended to be surfactant-free and non-aggressive.

By the way,when dealing with this condition, there are more serious diseases such as seborrheic dermatitis or psoriasis, so it is not uncommon that the doctor prescribes a cure based on drugs.

Other types of care frequently recommended involve the use of dcortisonic cleansers or creams containing agents with soothing action.

In all these cases. to facilitate the resolution of the problem, it is recommended to maintain a high level of hygiene bike.

At the same time, diet plays a fundamental role: it is recommended to maintain a healthy and balanced diet, including all those substances such as vitamins and minerals that are essential for hair, together with effective hydration.