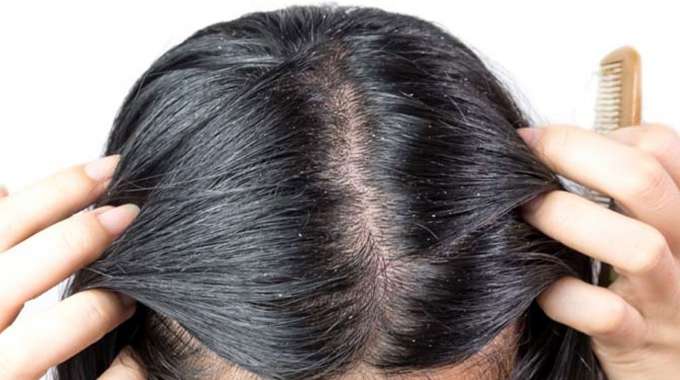 One of the most common inflammations affecting the scalp is seborrheic dermatitis. It is a troublesome condition that can show itself through symptoms such as oily, shiny skin, oily flaking, itching and burning.

If not treated in time, it can become chronic and even lead to hair loss.

Among the most effective treatments are the use of specific shampoos, maintaining hygiene and some general tips.

What is seborrheic dermatitis

Dermatitis is a medical term for the inflammation of a certain area of skin on our body. The adjective seborrheic comes from sebum, a substance secreted by the sebaceous glands of the dermis that serves to protect and moisturize our skin.

When dermatitis is somehow due to the overproduction of sebum, we speak of seborrheic dermatitis.

The symptoms of the condition

We need to consider that this type of condition can affect any area of the body, not just the scalp. This condition is easily highlighted if we know what symptoms are associated with it.

In the case of scalp-related pathology, one of the first symptoms involves the appearance of flaking and inflammation at the base of the hair. These, unlike dandruff, have a coarser texture, yellowish in character and with an oily surface.

Very frequently, other symptoms such as itching, redness or even burning may be added to these symptoms.

Because of its symptoms, scalp dermatitis can easily be confused with psoriasis.

Instead, the latter leads to the formation of thick, reddened portions of skin with defined edges, along with the presence of silvery scales. In addition, psoriasis also frequently affects other areas of the body, such as the nails, elbows, and knees.

In contrast, dermatitis causes reddened but not thick areas, covered with squames that are more yellowish and can affect the hips the sopraces and the nose.

Cause of seborrheic dermatitis

According to scholars, several causes can be triggering seborrheic dermatitis. In fact, the patient may be subject to an altered functioning of the sebaceous glands, which may induce seborrhea that then causes dermatitis.

Or there may be an ongoing infection, such as that of the yeast Malassezia furfur, which leads to the onset of the condition.

Alternatively, hereditary or psychological causes may also underlie seborrheic dermatitis. In the latter case, the skin rash may also be induced by stress or traumatic events.

How to treat this condition

The first thing you need to do if you suffer from seborrheic dermatitis is turn to a dermatologist to conduct more specialized examinations.

Based on individual examination results, several therapies may be recommended.

One of the most classic involves the prescription of specific shampoos that serve to rebalance the scalp and regulate sebum secretion.

To promote these results, it is advisable to maintain a high level of hygiene. At the same time, it is helpful to follow some general tips to avoid making the situation worse. First, it is essential not to scratch your head because this may create damage. At the same time, avoid undergoing cosmetic treatments or the use of cosmetics such as dyes and meshes.